You may also quickly find answers to your questions on our FAQ page.

We’re delighted and proud to announce that Sally’s latest book,¬ÝSally Clarke: 30 Ingredients, which was published last September, has been nominated for a British Book Design and Production award, in the Lifestyle Illustrated category. Huge thanks must go to Et Al Design for the design of the book, and Martin Lee for his work with the images. If you haven’t got your copy yet, you can buy them at the shop and restaurant, or to order online, follow the link on our Books page.

Last weekend it was the AMAZING Port Eliot Festival. Sally made an appearance on Saturday on the Flower and Fodder stage, and then was interviewed on BBC Radio Cornwall about her career and her philosophy of seasonality. You can listen to that here, at 2hr 37 min 15 seconds.

The countdown has begun…

…to Port Eliot Festival this weekend, where Sally will be discussing her book,¬ÝSally Clarke: 30 Ingredients,¬Ýon the Flower and Fodder stage. If you’re lucky enough to be spending the weekend at the festival, Sally will be in conversation on Saturday afternoon. In case you needed a final push to get a last minute ticket, here are 25 more reasons¬Ý(obviously Sally’s appearance is one of them, at number 5!). And if you really can’t make it to St Germans this weekend, you can catch Sally on BBC Radio Cornwall live on Sunday morning at 11.30am at http://www.bbc.co.uk/radiocornwall¬Ý.

Van Morrison, Chrissie Hynde, Kate Moss, Noel Gallagher, Jools Holland,
Shane MacGowan and Rob Brydon perform at ‚ÄòHoping‚Äôs Greatest Hits‚Äô at
London‚Äôs Ronnie Scott‚Äôs to mark 10 years of the Hoping Foundation‚Äôs benefit
events for Palestinian refugee children.
Bella Freud and Karma Nabulsi, founders of the Hoping Foundation, reunited an all-star cast for ‚ÄòHoping‚Äôs
Greatest Hits‚Äô to celebrate 10 years of the charity‚Äôs benefit.
Shane MacGowan was first up with his iconic Pogues hit Streams of Whiskey. Noel Gallagher‚Äôs moving
performances of Half the World Away and epic Oasis anthem Wonderwall raised more than ¬£30,000 pounds for
the charity, while the emotion in the room was palpable as rock legend Chrissie Hynde hypnotised the audience
with her distinctive ballad I‚Äôll Stand by You. Host extraordinaire of the evening, Rob Brydon, wouldn‚Äôt allow
Chrissie to leave the stage and invited Kate Moss to join her for a duet. Kate rose to the challenge and delivered
a rendition of Stand by Your Man that would have given Tammy Wynette a run for her money.
In an historic moment, the legendary Van Morrison took to Hoping‚Äôs stage for the first time where he was joined
by the amazing Jools Holland to perform Good Mornin‚Äô Blues. The first chord of Brown Eyed Girl brought the
entire room to its feet and the evening ended in euphoria of Gloria.
The audience, which included Naomi Campbell, Bill Nighy, Jemima Khan, Gillian Anderson, Laura Bailey, Gary
Hume, Eva Herzigova, Poppy Delevingne and Christian Louboutin were treated to a delicious supper of Swiss
souffl√© and madeleines by the marvellous Sally Clarke of Clarke‚Äôs restaurant in Kensington. They drank
champagne from Laurent Perrier, Estrella Galicia beers and Hendricks gin, Reyka Vodka and Glenfiddich whisky
all donated by William Grant & Sons spirits.
It was Sotheby‚Äôs own charismatic Oliver Barker who auctioned off the live performances of greatest hits with his
usual dedication to Hoping. If that wasn‚Äôt enough, the silent auction offered guests the opportunity to bid on a
range of priceless lots including a bespoke Bella Freud signature jumper designed in collaboration with the
winner, the opportunity to have a portrait taken by renowned photographer Mary McCartney, or dinner cooked
at home by Skye Gyngell, celebrated head chef of Spring. Charlotte Tilbury, who donated a make-up tutorial and
personally selected make-up kit, bid on a trip to Christian Louboutin‚Äôs atelier in Paris for a bespoke pair of shoes
designed by Christian himself.
The evening carried on into the wee small hours as revellers danced to the sounds of DJ Fat Tony & Josh of Disco
Smack.
As a lasting memento, C√©line‚Äôs Phoebe Philo designed a special Hoping for Palestine bag for each guest packed
with beauty products by Sisley and unique Bella Freud Hoping for Palestine t-shirt and box of matches.
The evening marked yet another momentous occasion in the charity‚Äôs extraordinary history, raising almost
¬£300,000 for Palestinian refugee children.
Notes to Editors:
THE HOPING FOUNDATION
Founded by fashion designer Bella Freud & Oxford academic Karma Nabulsi, The Hoping Foundation supports
Palestinian refugee children living in camps in Lebanon, Syria, Jordan, the West Bank and Gaza. The charity gives
grants to community centres in the camps that run arts, sports and education projects for the children. These
activities range from football tournaments, summer camps and scout groups to theatre workshops, film making
clubs and university scholarships.
Hoping stands for Hope and Optimism for Palestinians in the Next Generation. This next generation will be the
key to peace. Hoping shows Palestinian children that their struggle to transform their lives is encouraged and
supported by people in Britain and throughout the rest of the world. Hoping‚Äôs grant application procedure seeks
out projects and initiatives by community groups already working with children in the refugee camps and
supports them, aiming to encourage and improve all aspects of the children‚Äôs lives through art, music, social and
sporting activities; and to help with their education and health.
www.hopingfoundation.org
For further information on ‚ÄòGreatest Hits‚Äô for Hoping Foundation contact
Antonia Thier ‚Äì Antonia@gillianmcvey.com Tel +44 (0)20 7965 8455 / +44 (0)7860 339 862

Pupils at St Charles Primary School, W10, are enjoying fresh fruit and veg that they have grown themselves after garden planters were recently installed by the Council‚Äôs Gardening Team. ¬ÝCrops of strawberries, radishes, lettuces and tomatoes have been planted and grown and have literally given the children a taste for gardening and an enthusiasm for home grown fruit and veg.

The new garden is to be formally opened by the Royal Borough‚Äôs Deputy Mayor Councillor Will Pascall and Deputy Mayoress Councillor Sarah Addenbrooke on Thursday 16 June. ¬ÝThey will tour the school gardens with the head teacher, Ann Slavin, & assist in ribbon cutting with the children. Famous chef and restaurant owner Sally Clarke, supporter of edible school gardens, will also be joining the children with some of her wonderful baked savoury treats from her local artisan bakery.

St Charles is one of ten Royal Borough primary schools that is receiving regular lessons in gardening thanks to funding from the Council‚Äôs Public Health team. The project promotes healthy eating and also encourages the children to be active.

The Community Interest Group Food Explorers is currently running a week of educational sessions and field trips to raise awareness of healthy food and also so that the children can learn where their food comes from, how to cook and grow it as well as getting inspired to make healthier everyday food choices
A gardener from the Hammersmith Community Gardeners‚Äô Association has worked with the children and teachers to help them develop the gardens and provide on-going support and advice.

Head teacher, Ann Slavin says: ‚ÄúI am absolutely delighted that our children are being given the opportunity first hand to experience and see for themselves the fruit and vegetables that we can grow in our school. For our younger children, they can see that this food is grown in the ground and not in the chilled section of our local supermarket.

‚ÄúI would like to pay tribute to Jenny and Alison our ‚ÄòFood Explorers‚Äô who have planned an amazing week for us which has included visits to a city farm, Whole Foods Market Kensington and Wagamama. While we have been gardeners for some time at St Charles, thanks to Josephine Khlaf, this has given us renewed impetus.‚Äù

Our fabulous Father‚Äôs Day Lunch Menu this year will offer a wide variety of dishes from which you will be able to choose.

Start with either a chilled soup or salad, or Souffle Suissesse, or freshly picked crab, smoked Scottish salmon or our homemade foie gras.

Main courses will range from Cornish fish, to corn fed chicken from France, to Lancashire duck or a wonderful classic roast!

Sorbet and ice creams, fruit tart, sponge cake, chocolate delicious-nesses will all be on offer within our dessert menu.

We still have a few tables left for Sunday 19th June, so do call/email to book soon!

The sun is shining and reminding us that Port Eliot festival is getting closer ‚Äì less that two months to go! Sally will be joining¬Ýa mouth-watering and starry line-up in the eating and drinking section of the weekend, in conversation with Fiona Golfer on the Flower and Fodder stage at 1.45pm on Sunday 31 July. For more information, and to buy tickets,¬Ýclick here.

An Archive for Food

In the British Library there is an archive of life story sound recordings which tells the true story of how our food has changed over the past century. Now for the first time, the recordings are available online through the National Life Stories project. Sunday’s edition of BBC Radio 4’s¬ÝThe Food Programme¬Ýcelebrated this by bringing together highlights from the archive, including an interview with Sally Clarke on her training as a chef. To listen to the programme, click here, and to explore more of the food archive and other British Library oral archives, click here. 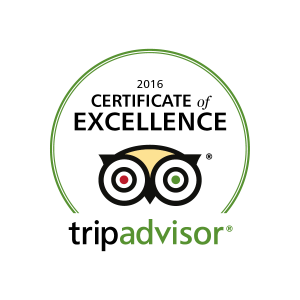 Just in case you needed another excuse to book tickets for the wonderful Port Eliot festival in July, also appearing on the Flower and Fodder stage will be the cookery writer and great friend of Sally, Blanche Vaughan

There was a problem checking your postcode.

We use cookies to improve your experience, here's where we stand on your privacy, or you can chose to continue without tracking.